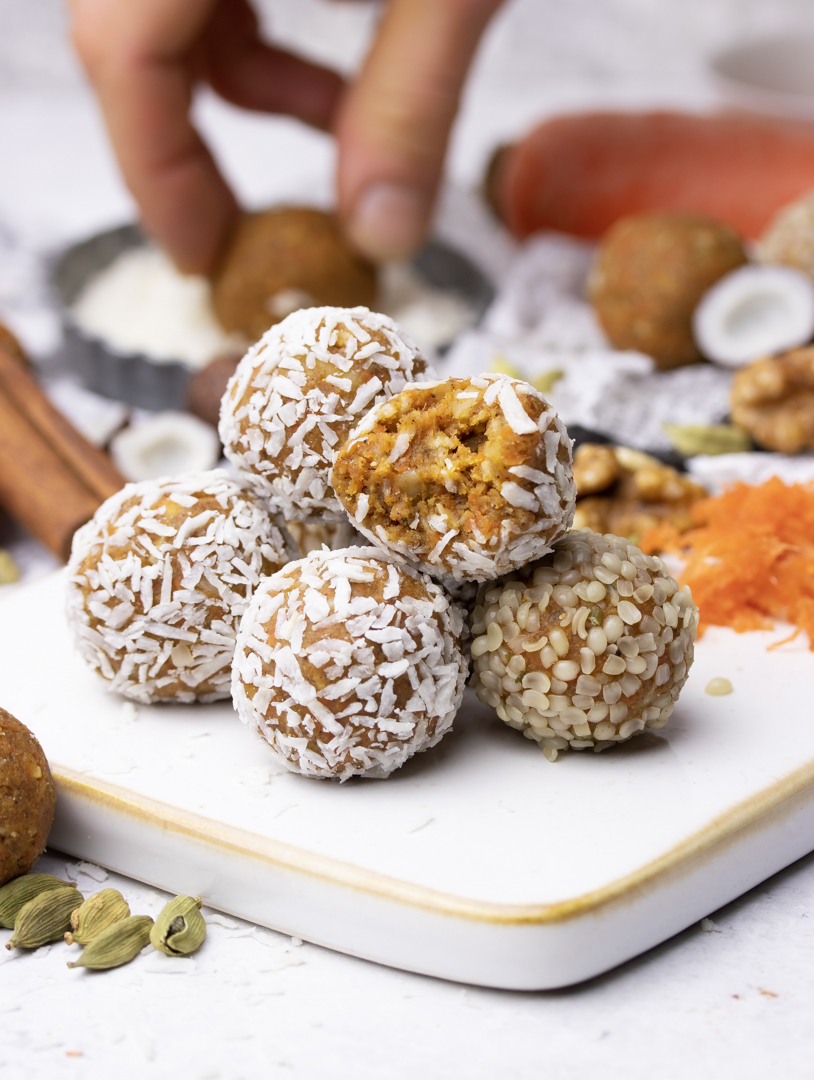 As a food blogger, there are some recipes you just have to make, like Snickers, Bounty, Peanut butter cups, and carrot cake bliss balls. That is just the way it is, if you get what I mean, haha. Anyhow, I often find “raw food” or no bake recipe to be either too filling and decadent due to enormous amounts of liquid sweetener and coconut oil or lacking in flavour. These cuties are jam packed with flavour and great ingredients while being perfect whenever you need some extra energy or your sweet tooth kicks in. Something I really tried to prohibit from happening was these bliss balls ending up like a soggy, wet mess because of the shredded carrot. Therefore, I added an extra step which is pressing out some of the liquid out of the carrot. Sometimes I feel like a total genius. (sarcasm) Honestly though, it truly makes a huge difference.

Hopefully, you will enjoy these bliss balls as much as my parents and I have. Enjoy! 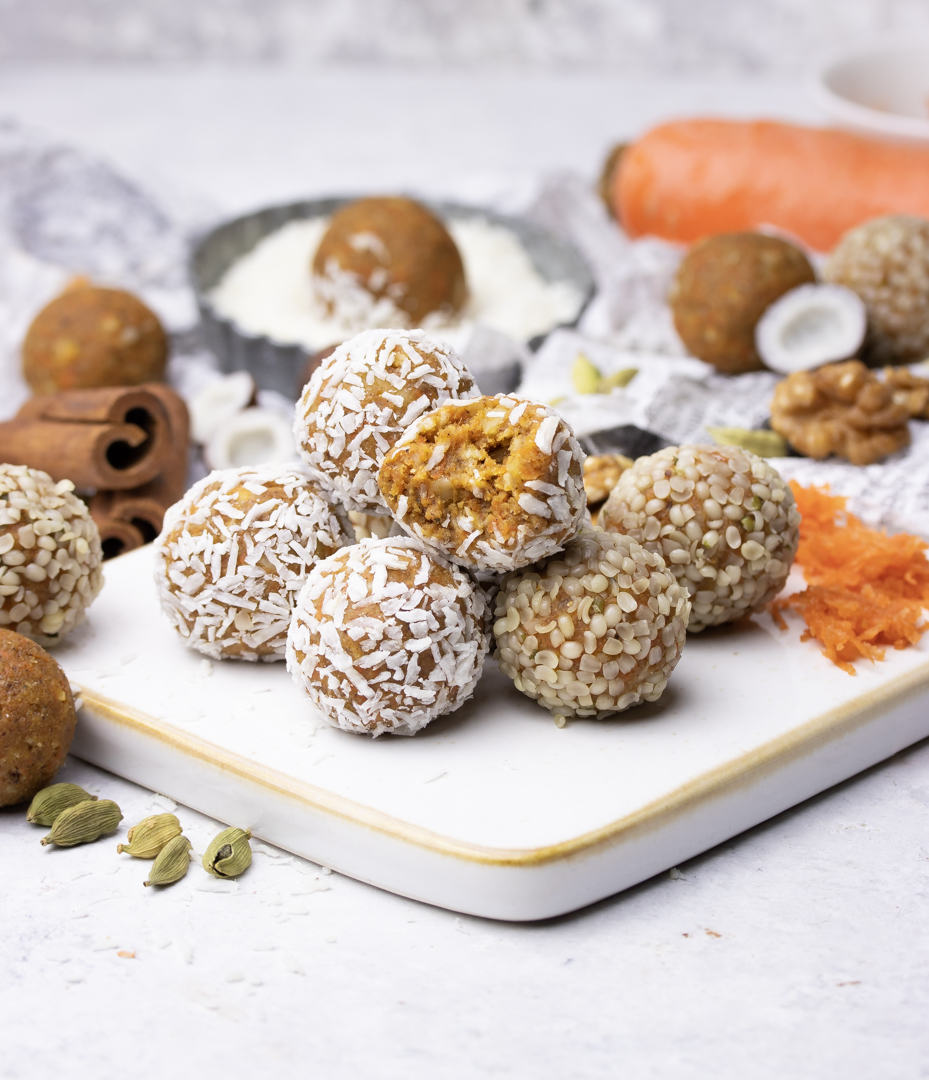 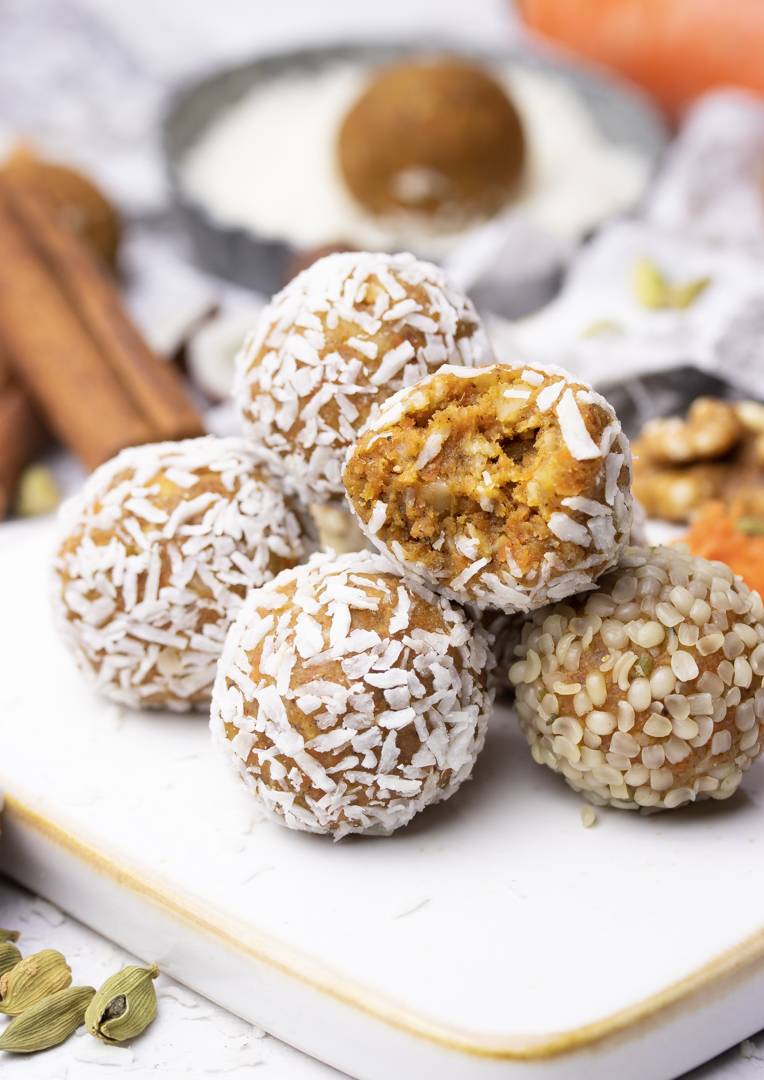 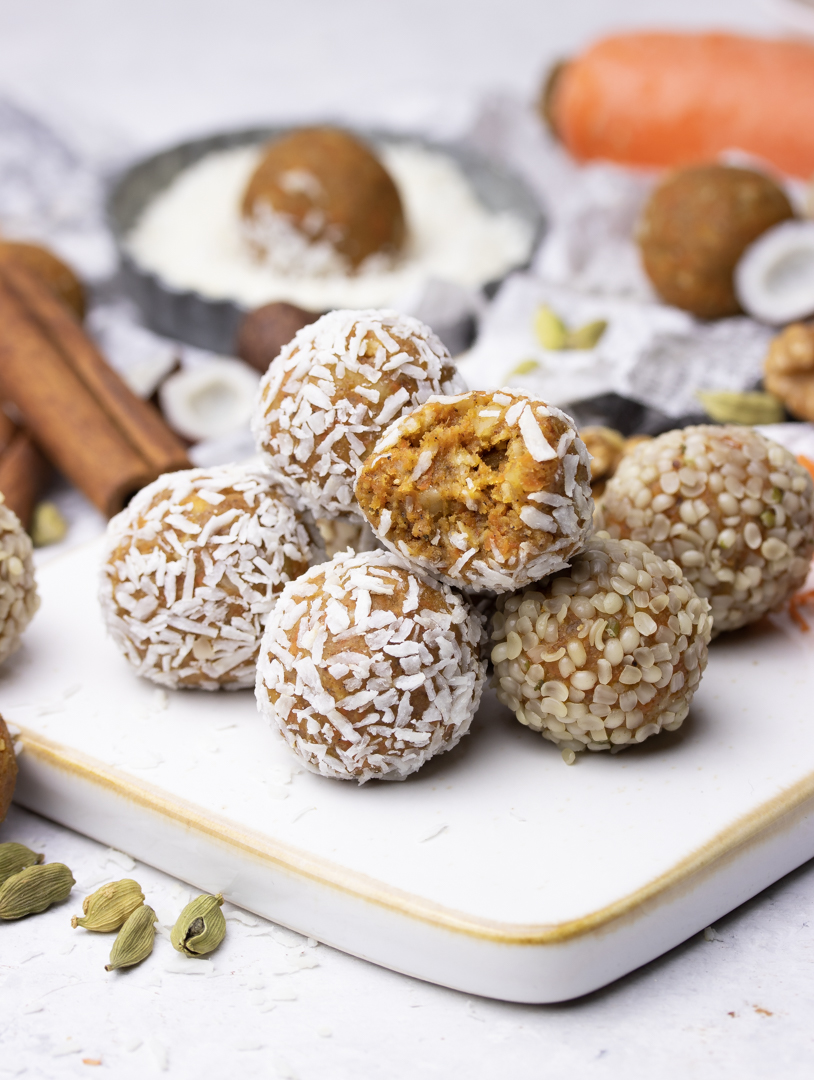 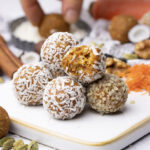 The classic flavour of carrot cake in the form of a bliss ball. It may be smaller in size, but the flavour has not been compromised with.