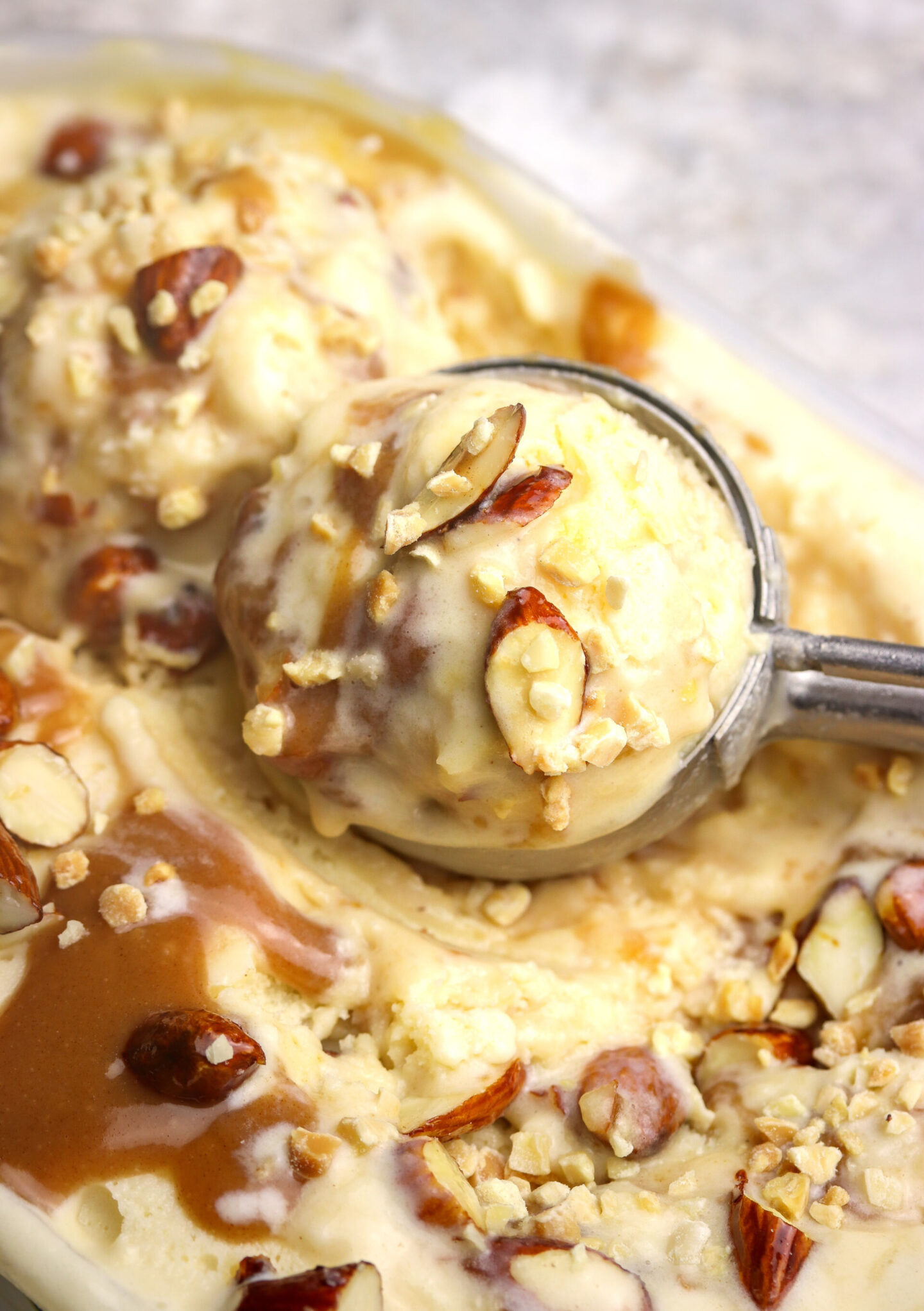 So not to long ago, I started eating diary products as a way to deal with the last demons I have left after beating anorexia many many years ago. By doing that, I’ve never felt more free, but I’ve also been able to have childhood favourites I’ve not had for up to 8 years. A whole new world of cooking, baking, and other foods, have also opened up for me. One of my new found loves is brown butter (!!!). Since being pitched the idea of browned butter ice cream back in December, when I didn’t eat dairy, I’ve been curious about what it would taste like. And guys, it tastes like pure heavenly nutty goodness. To make this ice cream even more decadent, I’ve added a lovely caramel sauce and candied almonds for some texture and even more richness. This really is a treat, and perfect to make to impress whoever you want. Oh boy, am I proud of such a mighty treat as this!

Worth mentioning, I’ve used an ice cream machine to make this recipe. For me, as a foodie, it was a totally worth investment when buying a Wilfa ice cream maker. I’ve had it for two months when writing this, but have already made ice cream for various occasions a dozen times already. However, a less “try hard” version of an ice cream machine should definitely work too. However, I would not recommend not using an ice cream machine at all. A last note, this recipe uses glucose syrup, which may seem very odd and unnecessary. At least, I thought it was until I learned what its purpose was. The glucose syrup gives the ice cream the beautiful “sega” texture by preventing the sugar to crystalise and become gritty. I’ve made the chocolate sorbet using regular dark syrup (available in Sweden), and it worked out fine, but it is better with the glucose.

If you’d like to make a more plant full version of this ice cream, I’d recommend making a vanilla ice cream but adding almond butter and maple syrup, to achieved similar nutti-, rich-, and deliciousness. Making a vegan version is of course on my list, especially since I have a family member who’s fully vegan, but for now I can recommend checking out my other ice cream recipes, that are mostly vegan and may be to your liking even though it’s not brown butter. 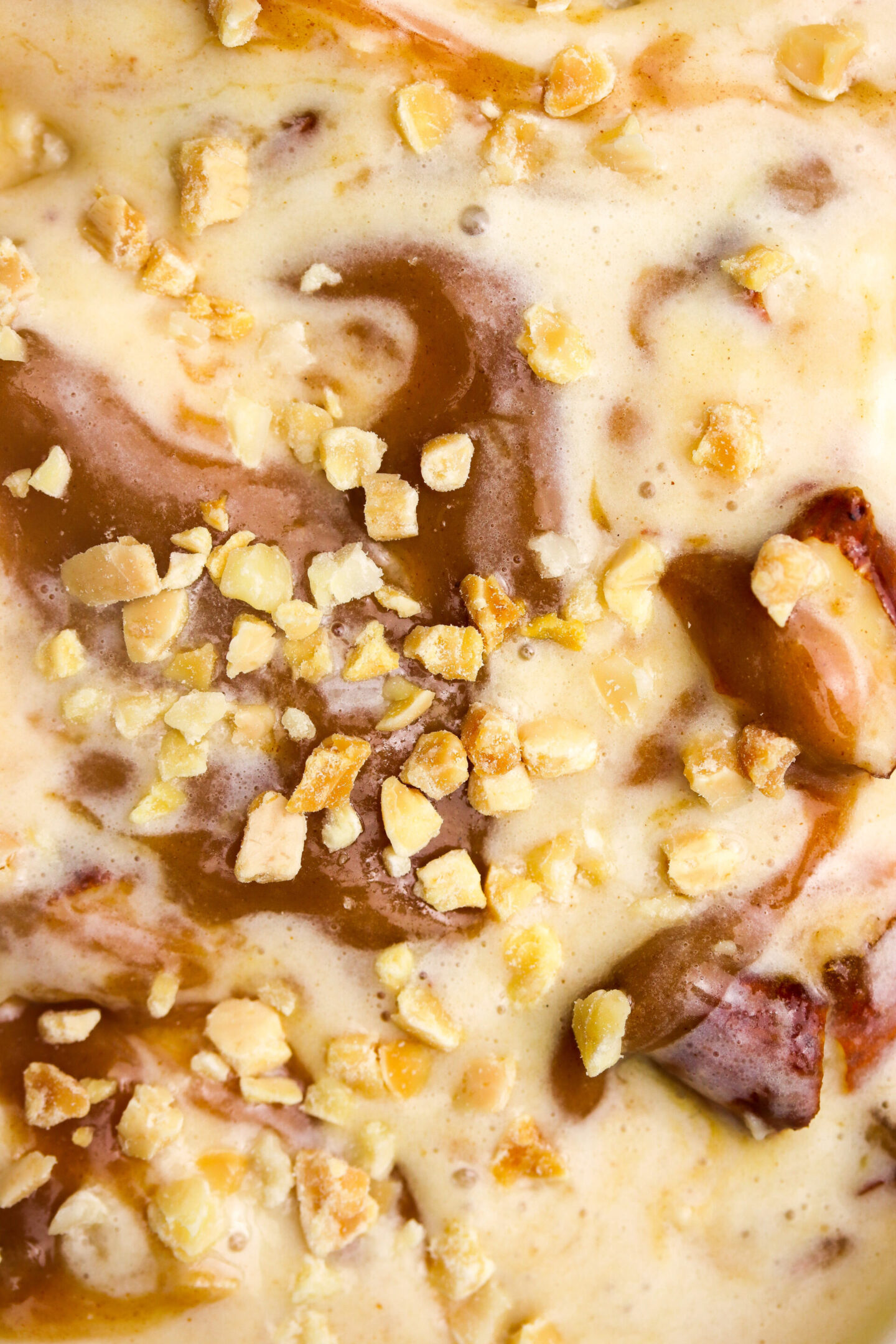 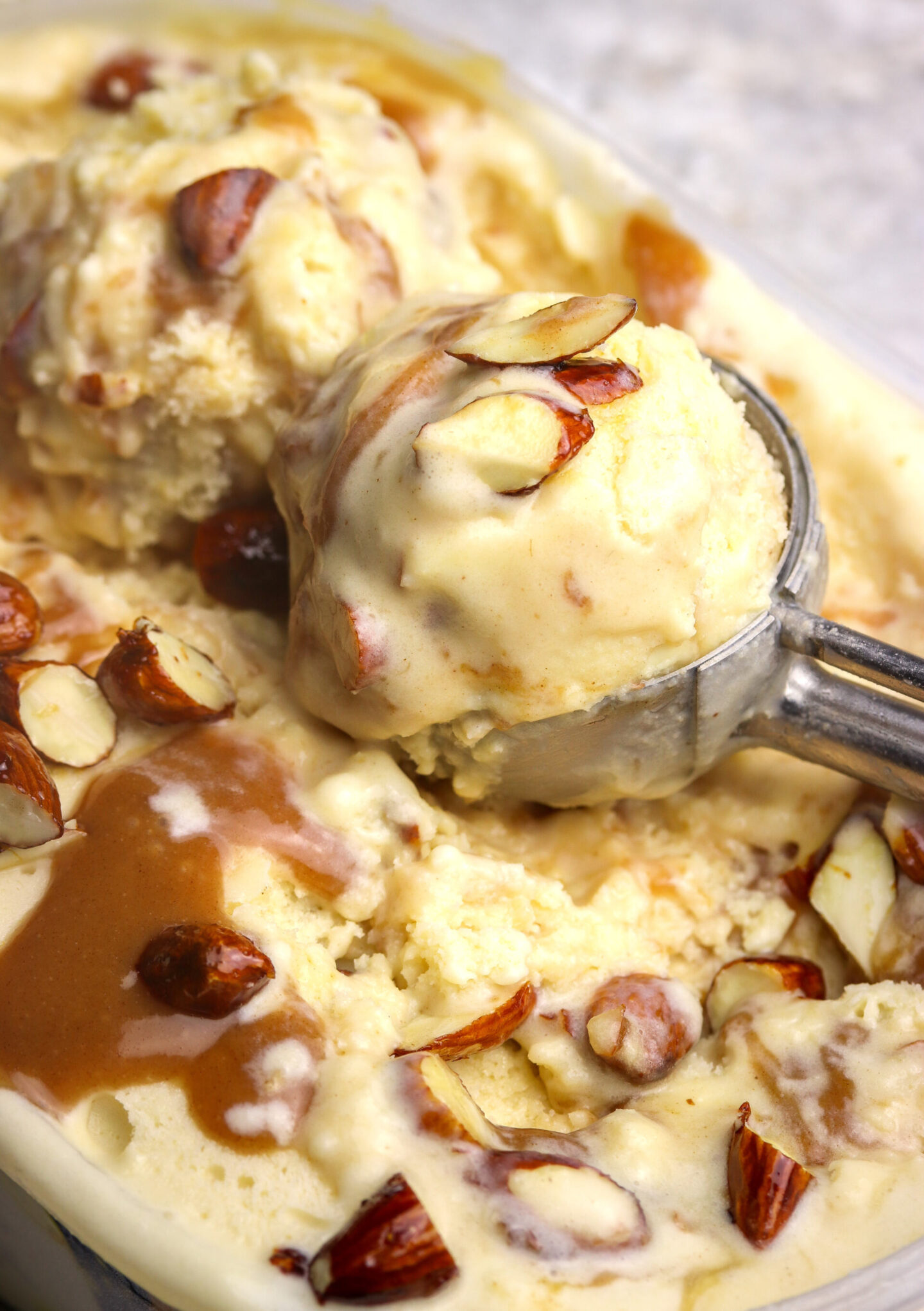 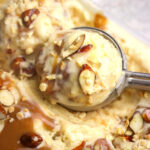 Creamy ice cream enriched with the deliciousness and nuttiness of brown butter combined with a swirl of smooth caramel sauce and candied almonds to make it even richer, more decadent, and absolutely delicious! 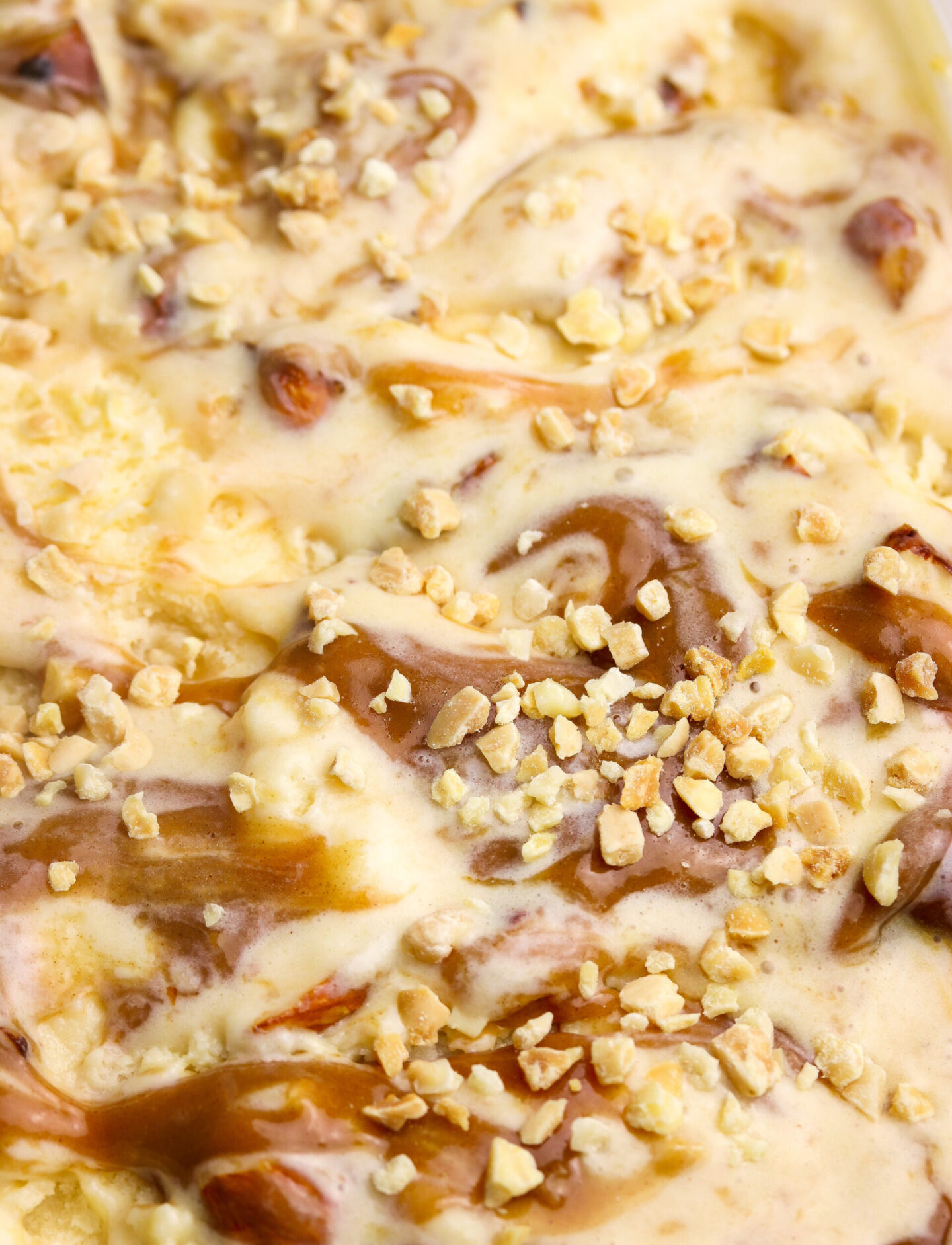