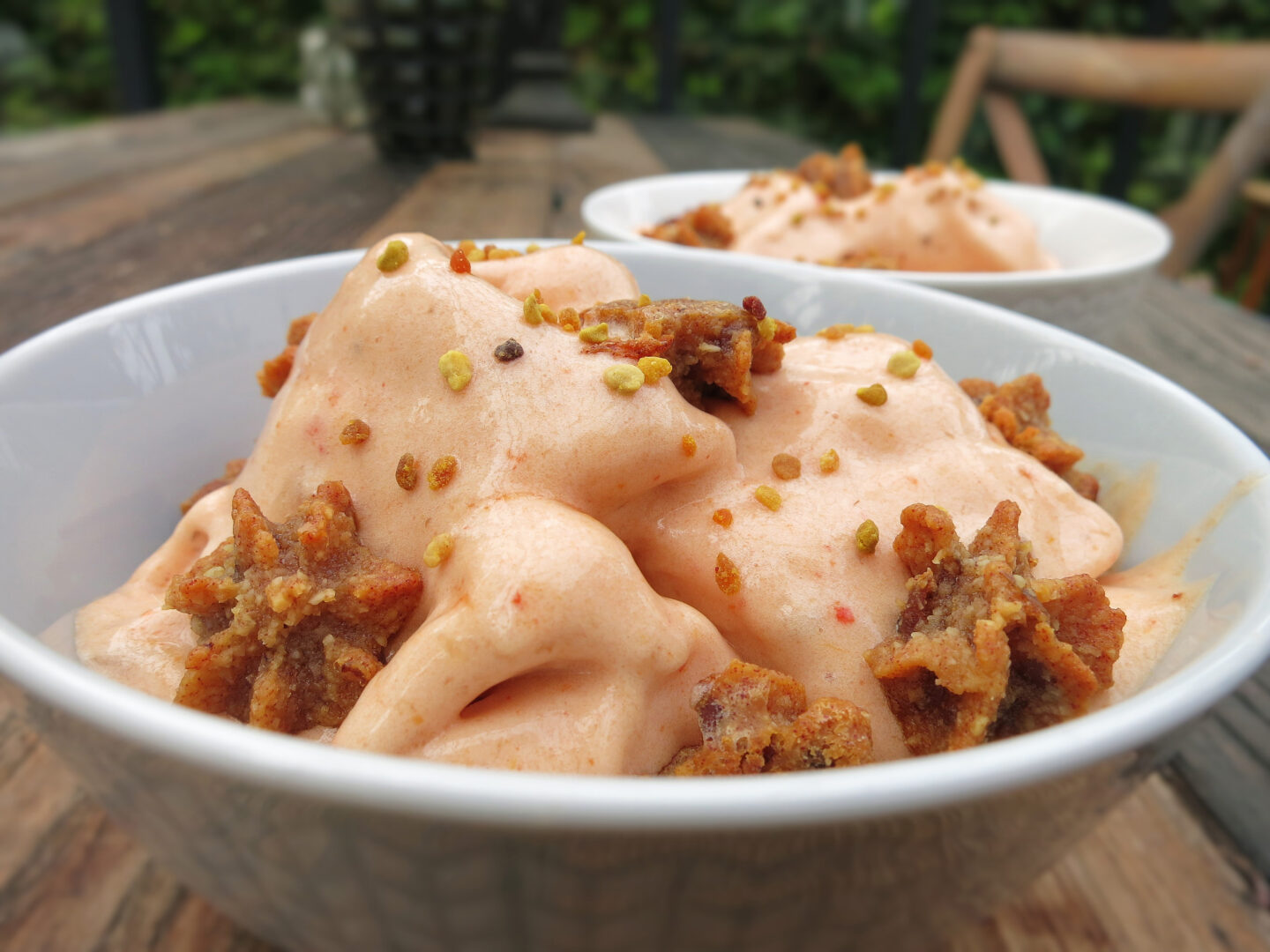 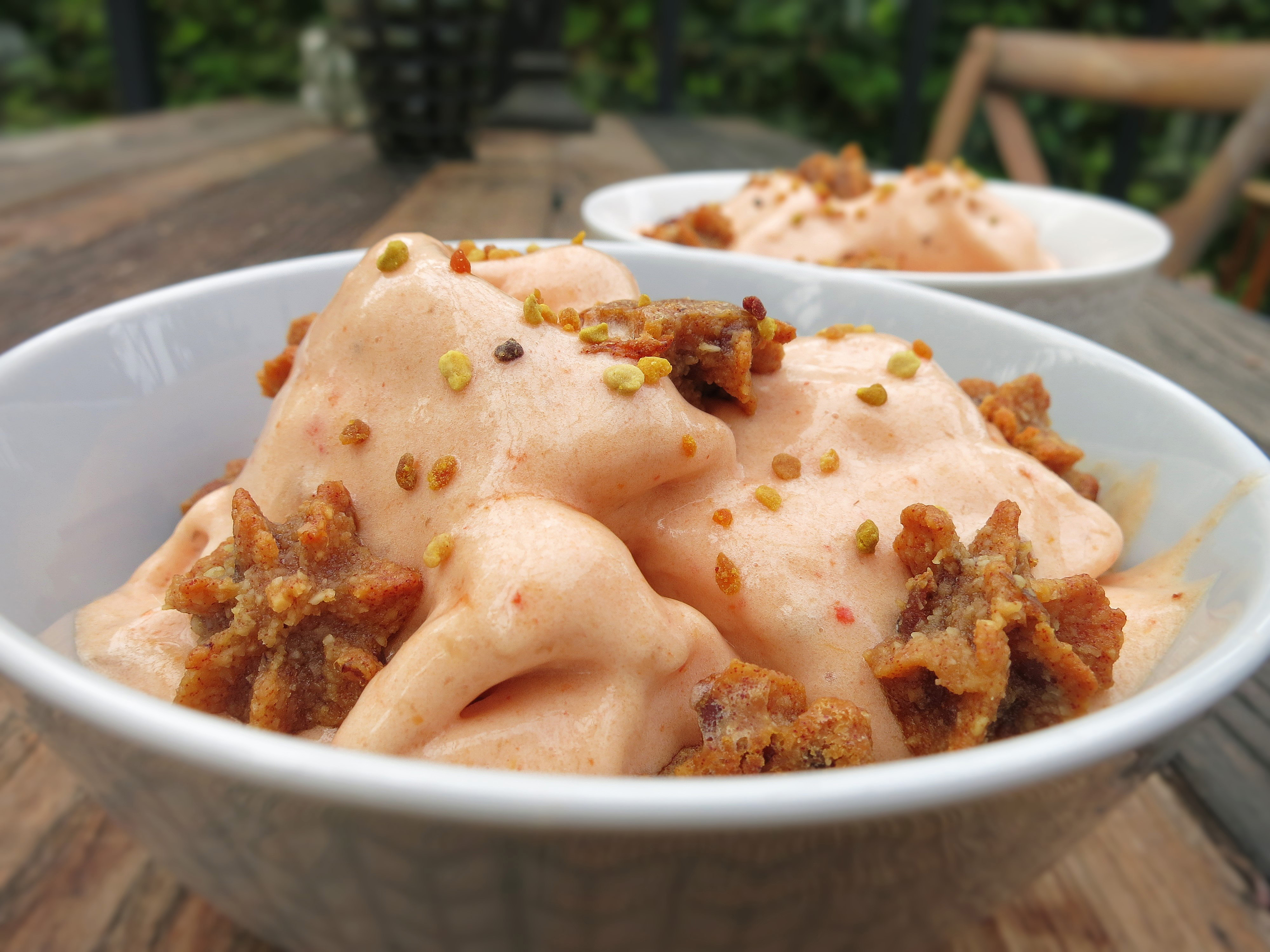 A couple of weeks ago all the rosehip bushes in my village were full fo rosehips! It wa ridiculous how no one was picking any! So a friend and I decided to pick lots and make a pure of them that we later froze for later use. It was pretty difficult to separate the fruit flesh from the seeds but after two hours or so we’re done!

We used some of the purée to make rosehip nice cream that we topped with a healthyfied version of almond macaroons that are so often used to top rosehip soup, which is a classic!

This recipe can also be made for things like “chokladbiskvier”, chocolate butter cream biscuits, and many other things! 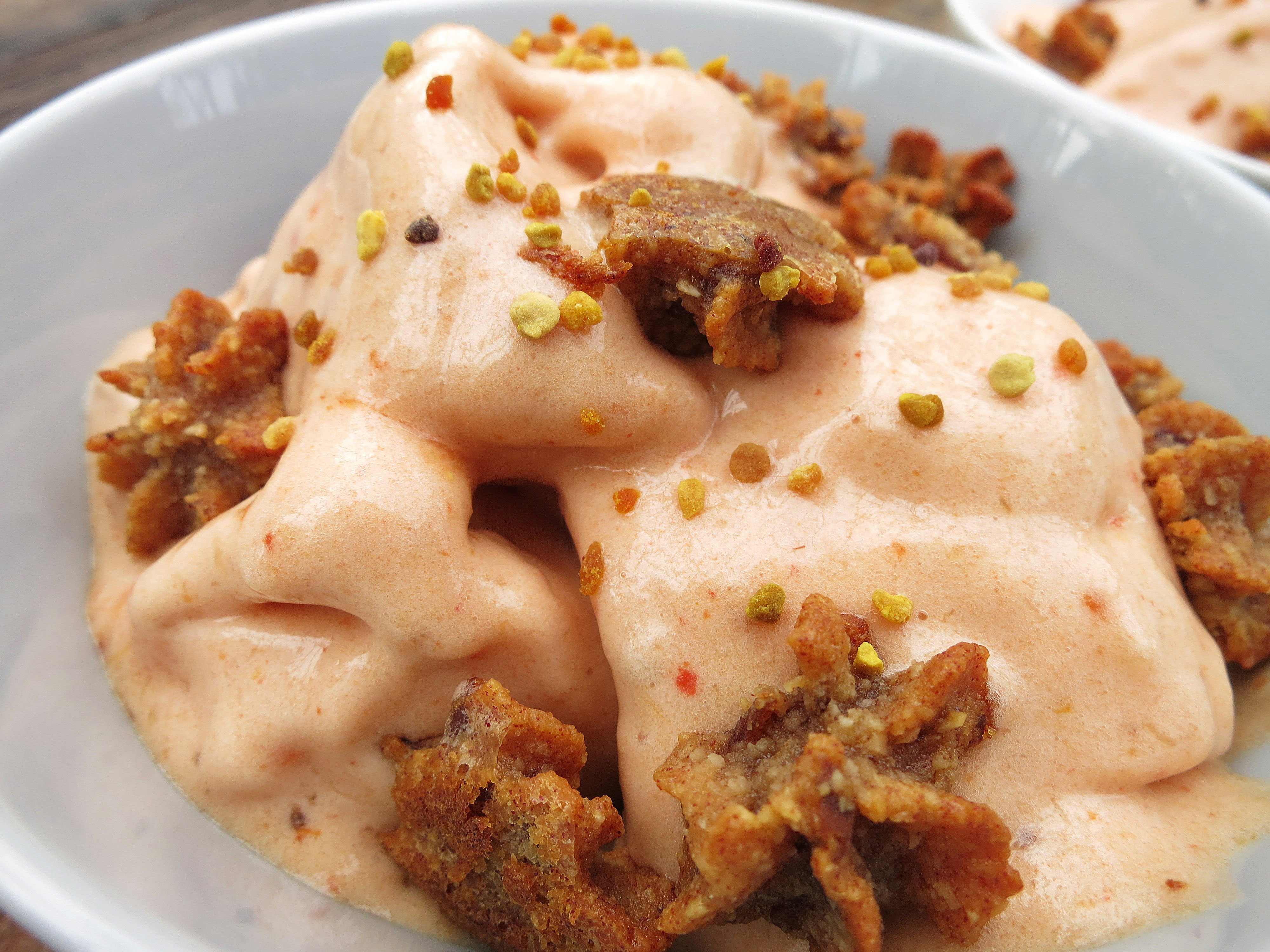